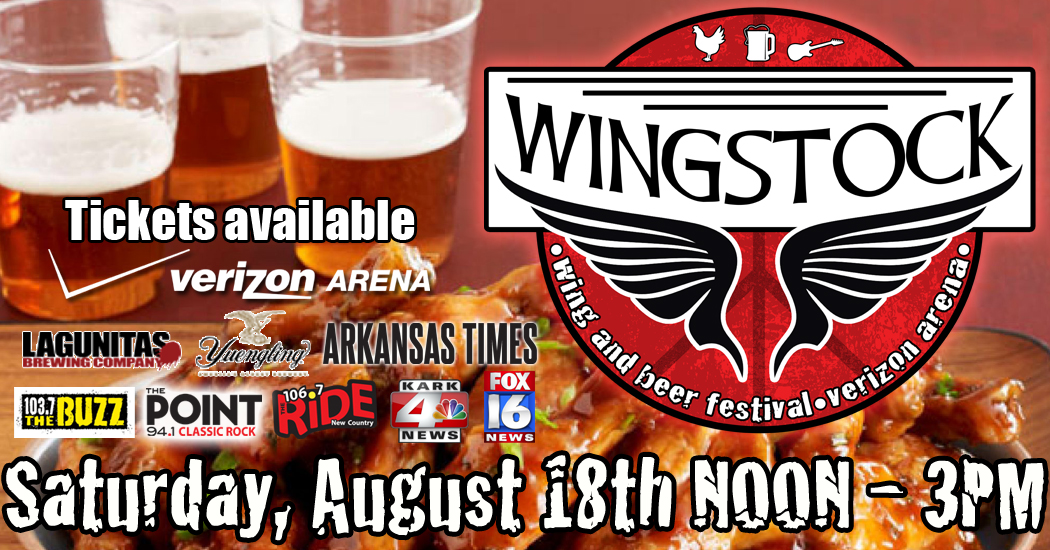 Tickets available at the Verizon Arena box office, charge by phone at 800-745-3000 or on line at www.ticketmaster.com.

After last year's inaugural sellout, Verizon Arena is proud to present the 2nd Annual Wingstock - a unique event featuring more than 30 local restaurants and vendors presenting their best chicken wings!  Patrons will have the opportunity to indulge in all-you-can-eat wings, a large variety of domestic, import and local craft beers, and listen to great music. Chefs of these one-of-a-kind wings will battle for the people’s choice award and the judge’s vote for the best chicken wings in North Little Rock with the “Golden Wing Award”!