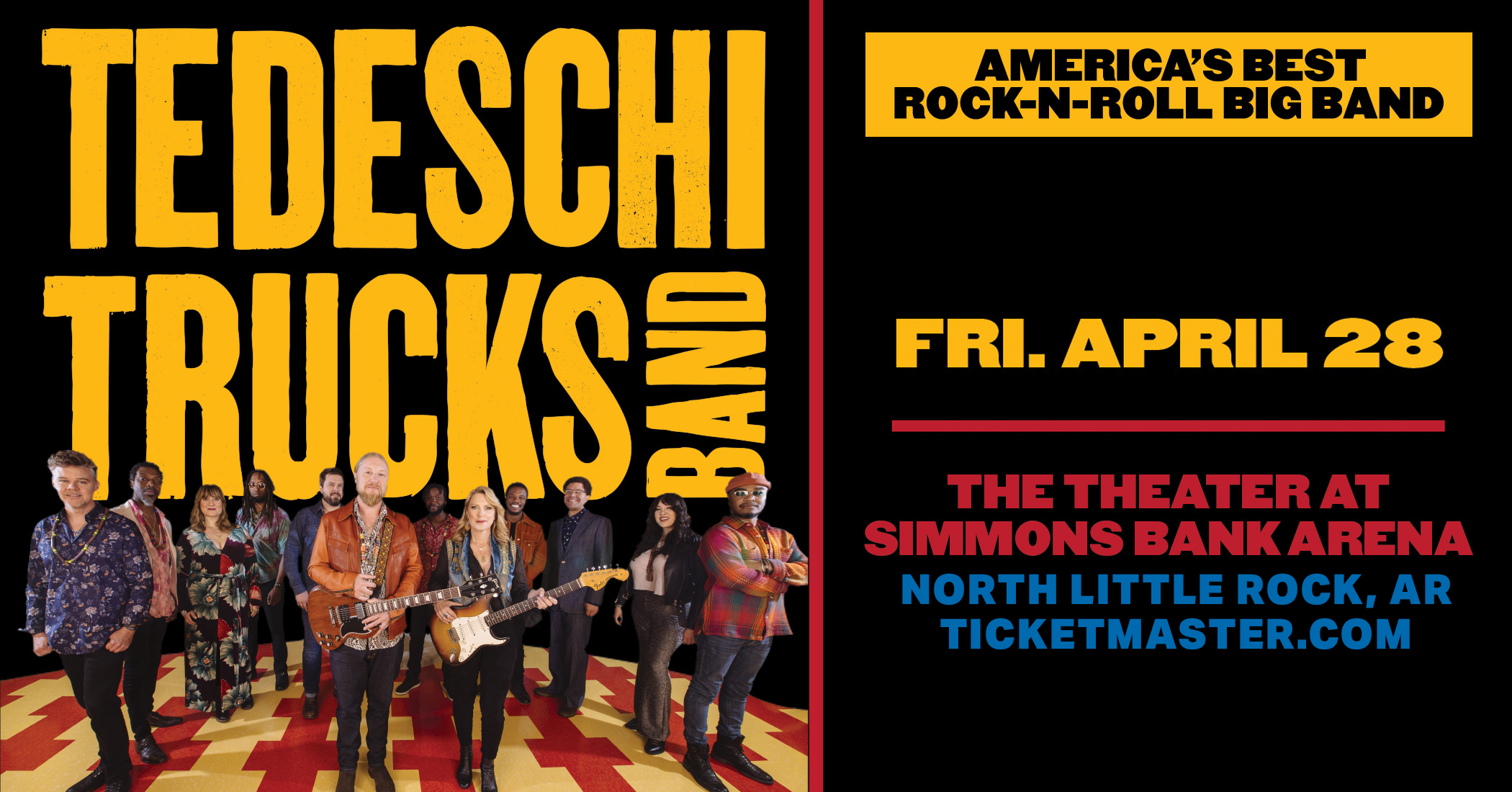 There is a 4 ticket limit per household.

The Grammy-winning 12-piece powerhouse holds a well-deserved reputation as one of the best live acts touring today. Led by the husband/wife duo of guitarist Derek Trucks and singer/guitarist Susan Tedeschi, “two of the best roots rock musicians of their generation” (NPR), TTB is known for its world-class musicianship and contemporary blend of a wide range of American musical influences that also define their extensive catalog.

I Am The Moon, is TTB's fifth studio release and finds them “at their finest and most adventurous” (NPR). Written while off the road during the pandemic and released in 2022, I Am The Moon “explodes with joyful, powerful and positive music (Guitar Player)” and captures a prolific and collaborative songwriting period for TTB that was inspired by an ancient poem of star-crossed lovers. I Am The Moon includes four albums, I.Crescent, II. Ascension, III. The Fall, IV. Farewell and four companion films - delivering more than two hours of music that unfold across a robust tapestry of soul, rock, blues, funk, roots and Eastern explorations that propel the treasured American ensemble into new and thrilling creative territory.