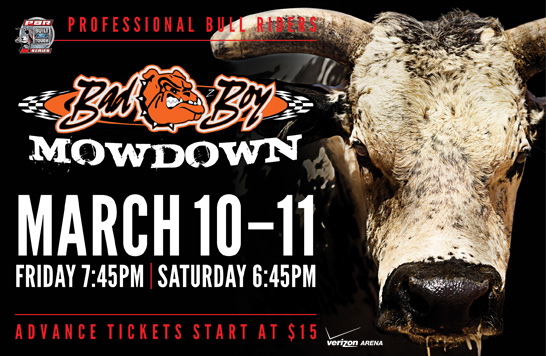 The PBR Elite Seats, in their second year are for avid bull riding fans who want a behind-the-scenes look at the world’s premier bull riding circuit. These tickets offer premium seats and the VIP experience of a lifetime, including early entry; a catered reception; 60-minute backstage tour by a PBR Host, featuring a PBR 101 presentation and a visit with the sport’s fiercest bulls; and the opportunity for photos and autographs from top PBR stars.

After the event, PBR Elite Seat holders also will be given premium dirt access, where they can get their complimentary 8 Seconds PBR program, Elite Seat lanyard and other memorabilia autographed by the Top 35 bull riders in the world.

The PBR Elite Seats are available for $325 and can be purchased by contacting the PBR Customer Service Department at 800-732-1727.

For two nights, the PBR’s Top 35 bull riding superstars will take on the fiercest bovine athletes in the business, hanging tough to make the 8-second whistle in hopes of winning a share of the $140,000 total purse and valuable PBR world standings points, which count toward the overall $1 million 2017 PBR World Championship title.

All 35 cowboys will ride in Rounds 1 and 2 on Friday and Saturday. After Round 2 on Saturday, the two-day scores will be added together and the 15 men with the highest cumulative scores will immediately return for the Built Ford Tough Championship Round. The event winner will be the rider who has performed the best and earned the most world standings points throughout the weekend. 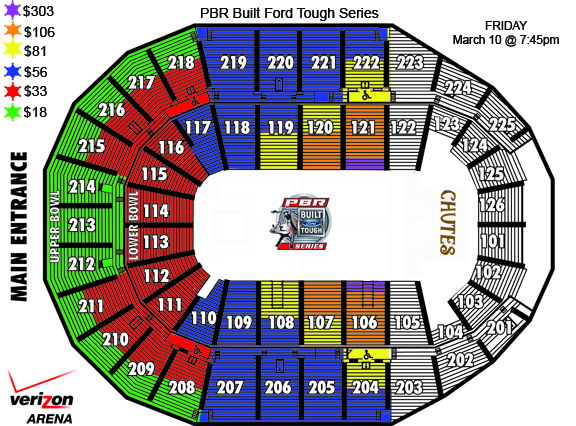 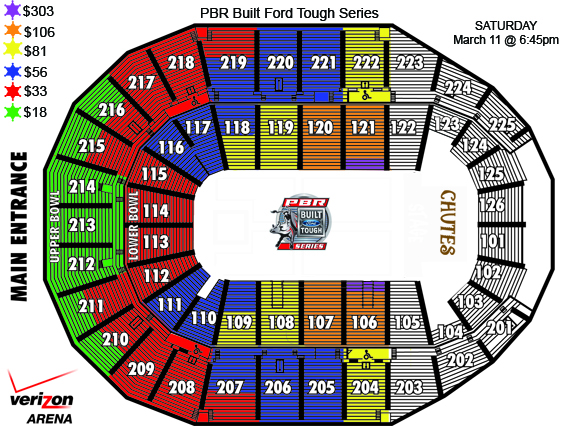