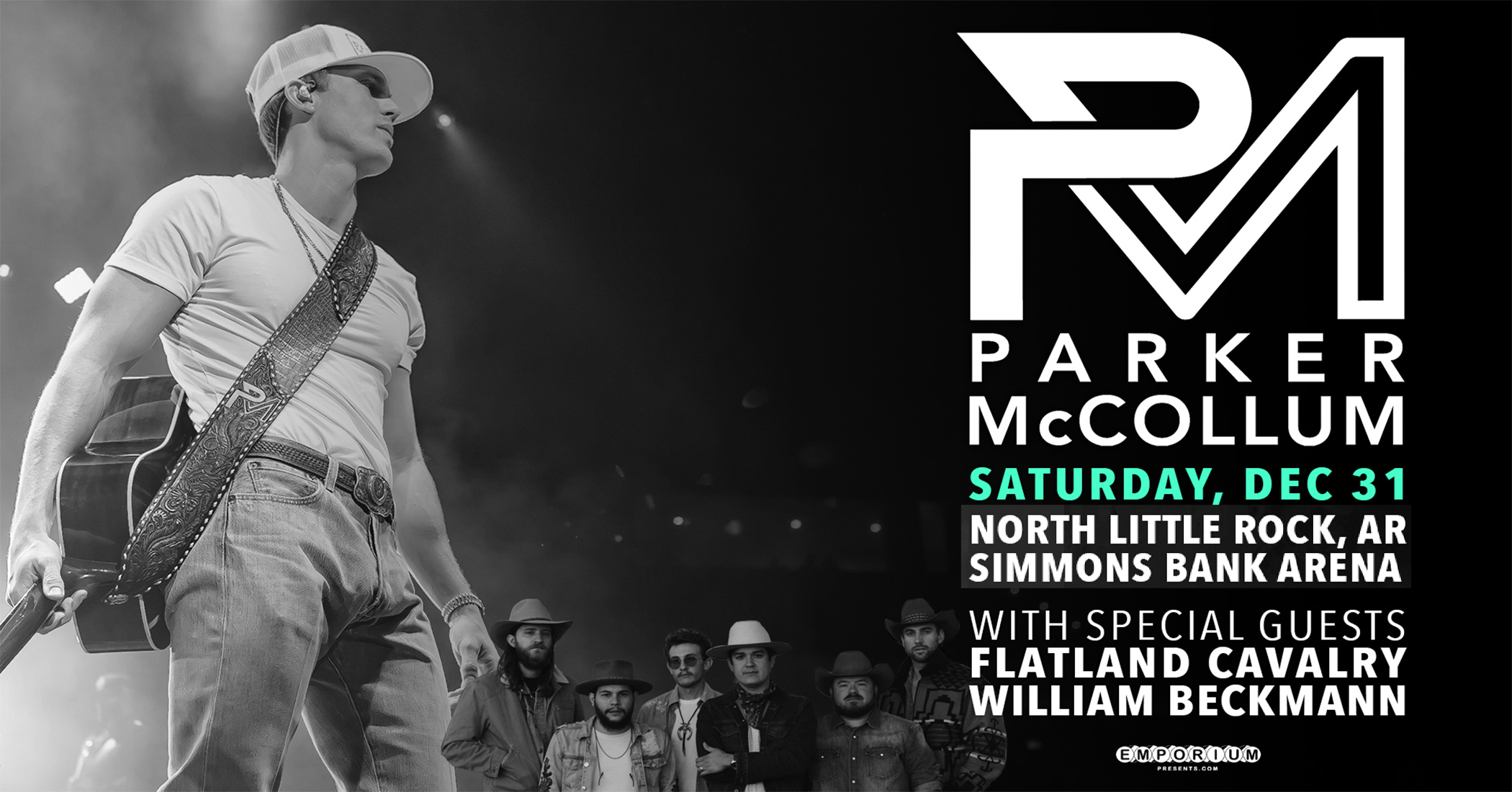 TICKETS ON SALE FRIDAY, SEPTEMBER 30TH AT 10AM!

** Ticket prices will increase $5 on the day of the show.

There is an 8 ticket limit per household.

A singer/songwriter, multi-instrumentalist, and dedicated road warrior, Parker McCollum began building a following in his native Texas with 2015's The Limestone Kid. The album track "Meet You in The Middle" became a hit on Texas' regional radio chart—no small feat for an independent, 22-year-old musician—but it was the album's widely-acclaimed follow-up, Probably Wrong, that helped Parker find national success. Compared to John Mayer and Jason Isbell by Rolling Stone, Parker supported the album with a string of sold-out shows, bringing record-breaking crowds to venues like San Angelo's RiverStage and two sold-out Billy Bob’s along the way.

Born in Conroe, TX, the 29-year-old entrepreneurially-spirited artist bridges the gap between Texas' homegrown music scene and Nashville's country-industry headquarters. His songwriting, which has been hailed by The Austin Chronicle for "carrying on the traditions of Texas music without pretension or referring to pickup trucks," earned him a publishing deal with Warner/Chappell Nashville in May 2018 and a recording deal with Universal Music Group Nashville in June 2019.

”Parker wrote all 10 songs that make up Gold Chain Cowboy including his Platinum-selling No. 1 hit “Pretty Heart” and his latest song on country radio “To Be Loved By You.” In addition to writing album track “Rest of My Life” solo, Parker shares songwriting credits with Jon Randall, Wade Bowen, Randy Rogers, Randy Montana, Rhett Akins, Miranda Lambert, and Songwriters Hall of Famer Tony Lane.

After an incredible 2021 that saw him sell out dozens of clubs, arenas, and amphitheaters, Parker was named as ACM’s Best New Male Artist