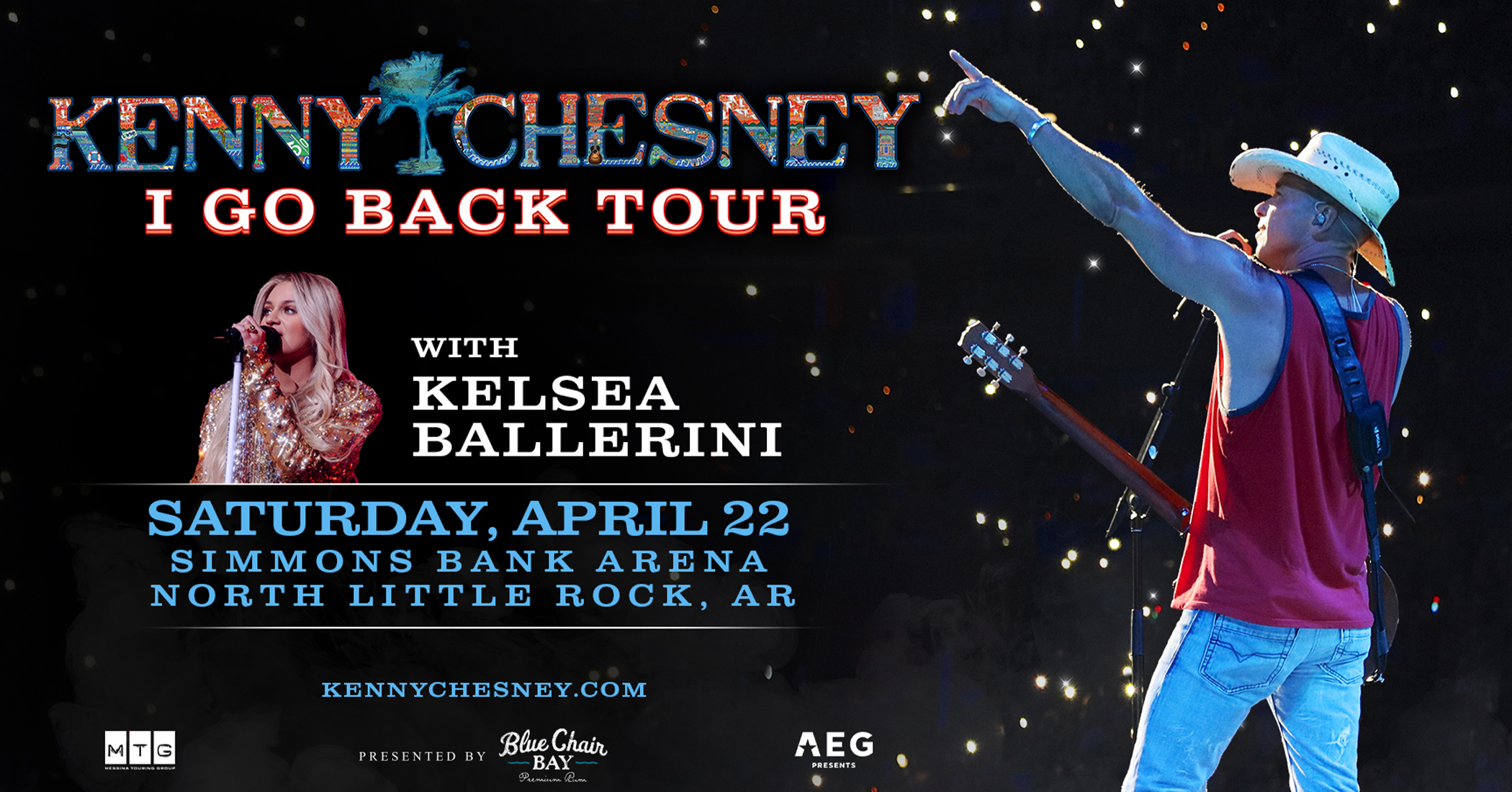 Kenny Chesney: I Go Back Tour

There is an 8 ticket limit per household.

When Kenny Chesney wrapped his 2022 Here And Now tour – playing to over 1.3 million people and breaking personal records in many of the 21 NFL stadiums he played – the East Tennessee songwriter/superstar knew he wanted to create a touring experience to make 2023 every bit as special. He made the decision to dial in on those cities that were a major part of establishing what has become the soundtrack of coming of age in the 21 st Century, naming the tour I Go Back and taking his music to the fans beyond the stadium markets.

“I Go Back 2023 is going to be so awesome,” Chesney raves. “To be able to take this music to where it comes from? To have Kelsea Ballerini out there with me, maybe even singing ‘half of my hometown’? It’s going to be a tour unlike any other – and I can’t wait.”

“Music has taken me so many incredible places,” Ballerini says. “Around the world, singing with some of my heroes in pop, alternative and contemporary music, but singing with Kenny is going home. He was the only voice I heard on ‘half of my hometown,’ and when he comes in, it’s just like hitting the Knoxville city limits. So to be able to go out to those cities like the place he and I grew up with an artist who’s accomplished what he has, it’s a lot like going home.”