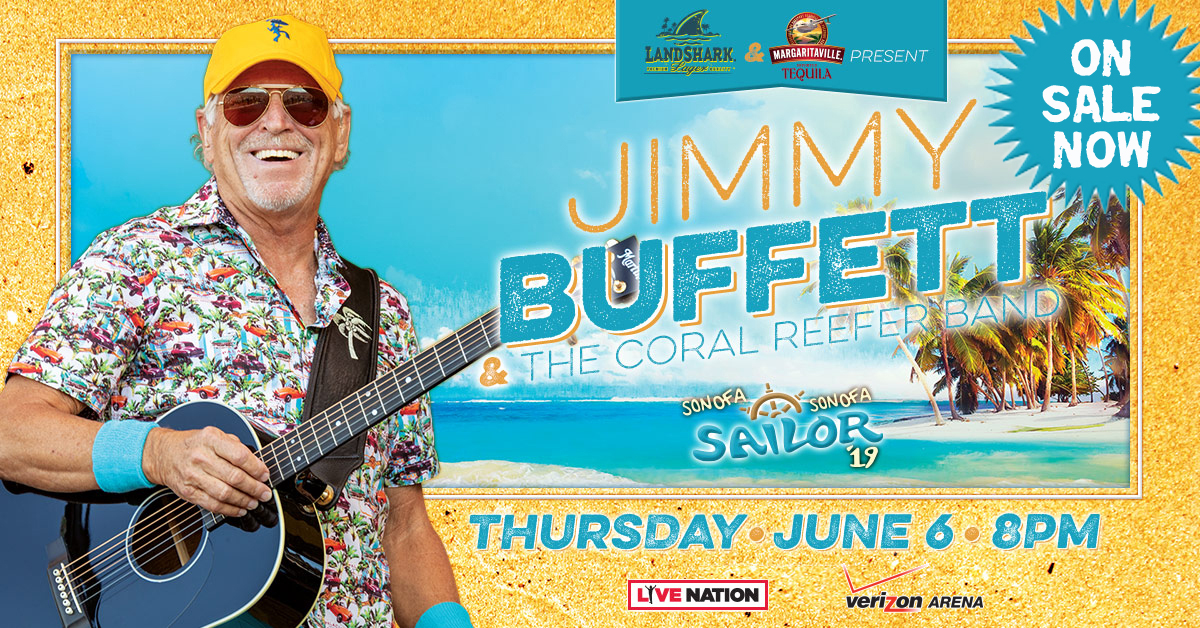 NORTH LITTLE ROCK, AR (Tuesday, January 8, 2019) --- North Little Rock, the wait is over. Jimmy Buffett and the Coral Reefer Band will perform at Verizon Arena for one night only, THURSDAY June 6 at 8 pm, as part of Jimmy Buffett’s “Son Of A Son Of A Sailor” Tour 2019.

Local Parrotheads won't want to miss their chance to soak in the full Margaritaville experience.

“There isn’t a better way to kick off the summer than a Jimmy Buffett concert," said Michael Marion, General Manager of Verizon Arena. "We are thrilled to welcome Jimmy Buffett and the Coral Reefer Band back to Verizon Arena for another fantastic night of music and fun. Don’t miss the party!"

Jimmy released his famous Son Of A Son Of A Sailor LP in 1978, and sang the title track on Saturday Night Live that year. The song was written about his grandfather, James Delaney Buffett, Sr., who was a huge influence on his life. The tour is called Son Of A Son Of A Sailor as 2018 was the record's 40th anniversary, and the celebration continues through 2019. The record also includes the hit, “Cheeseburger In Paradise,” a Parrothead favorite, as well as “Livingston Saturday Night” and “Cowboy in the Jungle.”

The long-awaited Margaritaville musical, "Escape to Margaritaville," opened on Broadway in New York, had its world premiere in La Jolla, California, and then made pre-Broadway stops in New Orleans, Houston and Chicago. The original Broadway cast recording of the musical was recently released. The musical will go on tour in 2019.

For the first time ever, music from the platinum selling 2004 License To Chill was released as a digital and streaming CD worldwide on November 15, 2018. Many musical friends joined Jimmy on this record, including Alan Jackson, Kenny Chesney, Clint Black, George Strait, Toby Keith, Martina McBride, Bill Withers and Nanci Griffith.

American Express® Card Members can purchase tickets before the general public beginning Wednesday, January 9 at 10am – Sunday, January 13 at 10pm