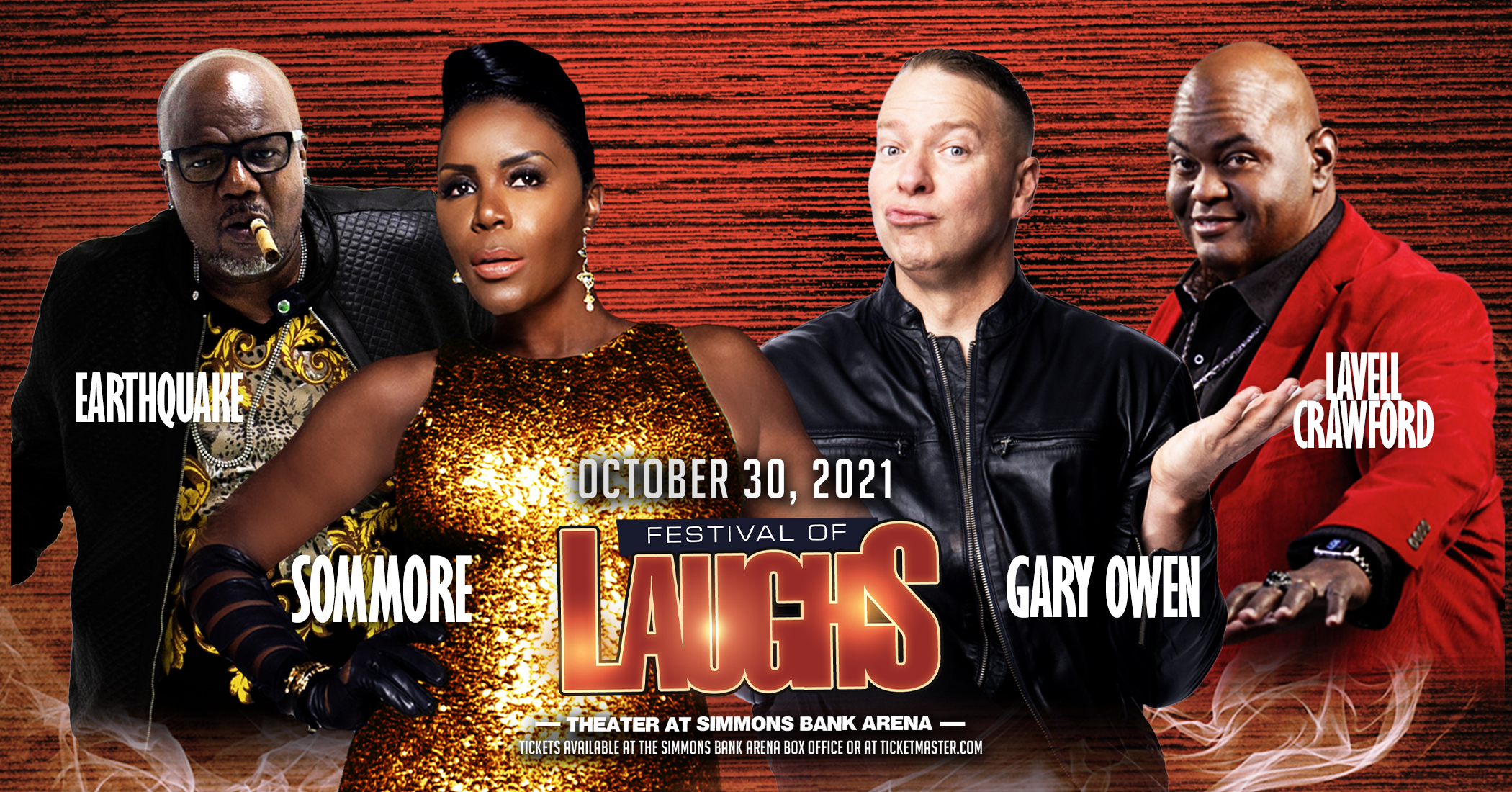 The undisputed Queen of Comedy, Sommore, is set to rule the stage as she hosts the Festival of Laughs at Simmons Bank Arena in North Little Rock on October 30 at 8 p.m. Sommore will lead the evening with some of comedy’s most talented and sought-after entertainers, including Lavell Crawford, Earthquake and Gary Owen. Tickets go on sale to the general public July 23 at 10 a.m. at Ticketmaster.com. The all-star lineup will be sure to deliver side-busting, non-stop laughter for a memorable night of comedy!