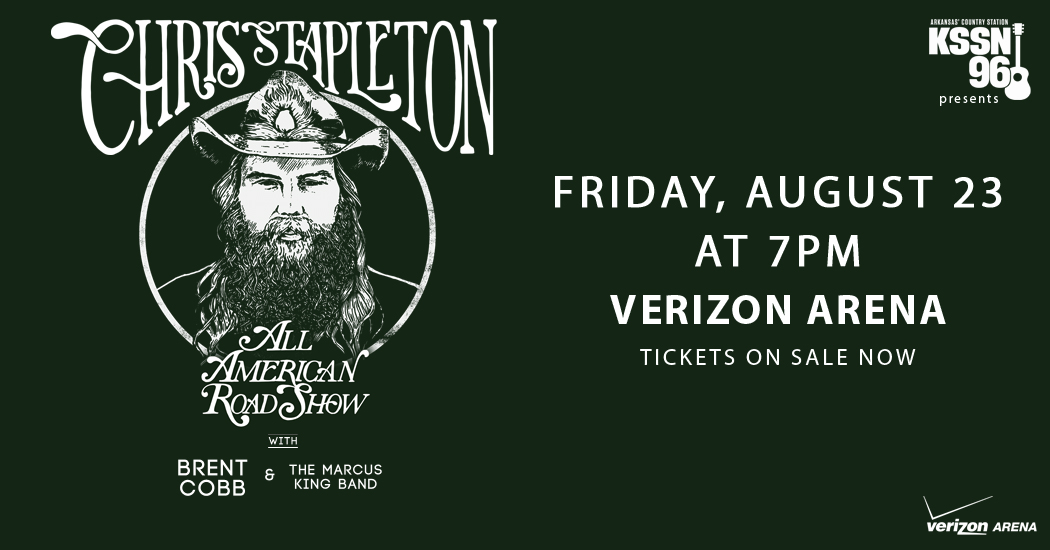 Chris Stapleton will continue his extensive, sold-out “All-American Road Show” through 2019 with newly confirmed performances this summer and fall. The shows will kick-off July 9 at Allentown’s PPL Center and will span through November 2 at Louisville’s KFC Yum Center. Special guest openers include Margo Price, Brent Cobb, Brothers Osborne, The Marcus King Band, and Kendell Marvel. See below for complete details.

Released in December 2017 on Mercury Records Nashville, From A Room: Volume 2 takes its name from Nashville’s historic RCA Studio A (the capital “A” in “From A Room”) where it was recorded with Grammy Award-winning producer Dave Cobb. Along with Stapleton on vocals and guitar and Cobb on acoustic guitar, the album features Morgane Stapleton on harmony vocals as well as longtime band-members J.T. Cure on bass and Derek Mixon on drums.

In addition to his work as a solo artist, Stapleton is also featured on Justin Timberlake’s “Say Something.” The music video—which was filmed in a single shot at L.A.’s historic Bradbury Building—has been viewed over 287 million times