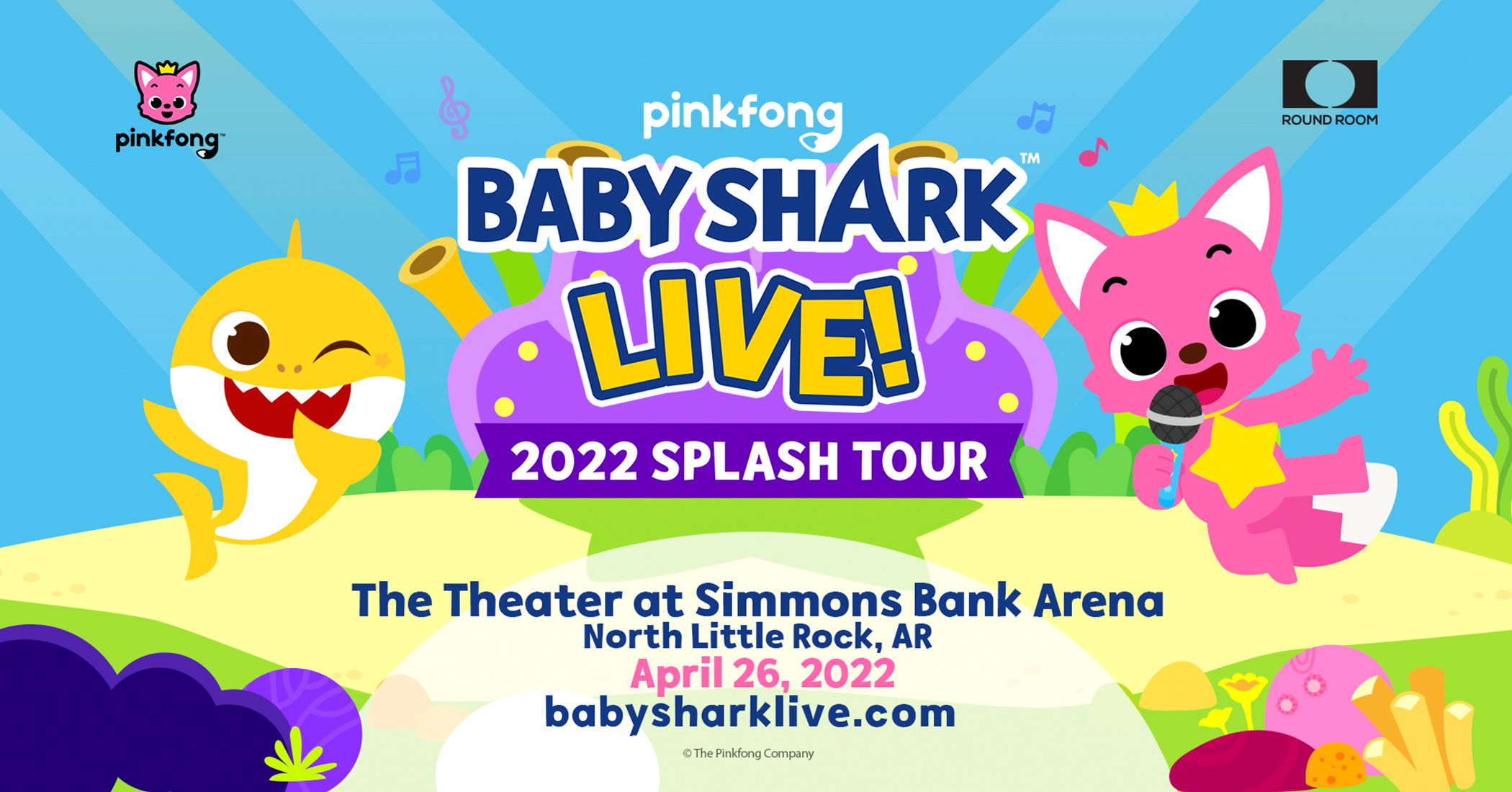 Ages 2+ are required to have a ticket.

Groups of 10 or more, $5 off.  Email our group sales coordinator at mstonecipher@simmonsbankarena.com.

The live show is based on Pinkfong’s viral sensation, Baby Shark. With the iconic songs and dances, fans of all ages will delight as Baby Shark joins up with his friend Pinkfong to take an adventure into the sea, singing and dancing through new and classic songs including Five Little Monkeys, Wheels on the Bus, Jungle Boogie, Monkey Banana and of course, Baby Shark!

Baby Shark, Pinkfong’s global hit song about a family of sharks, has climbed the charts and connected with fans around the globe. After entering the Billboard Hot 100 at #32, the song had a 17-week streak in the Top 50 and became the only RIAA Diamond certified children’s single. The song became an anthem for the Washington Nationals during the 2019 season and persisted through their World Series win. The Baby Shark Dance video has over 9.6 billion views, making it the most viewed video in the history of YouTube. Nickelodeon is now airing Baby Shark’s Big Show!, a preschool television series starring the mega-popular Baby Shark.

In an effort to prevent the spread of COVID-19, Baby Shark Live! tour producers and venue management teams continue to work diligently on localized plans to ensure the safety of all audience members, touring personnel, and venue staff.